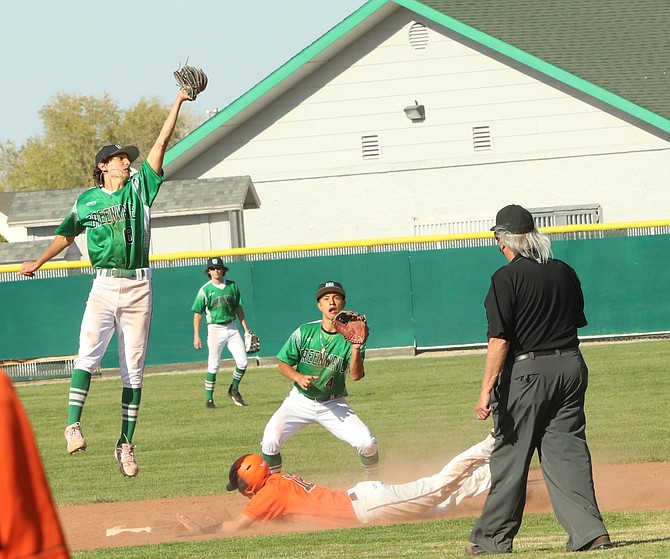 Brady Alves (18) of Fallon reaches high to prevent the ball from going into the outfield as Fernley’s Brandon McCullar reaches second. Also involved with the play is Greenwave second baseman Francisco Tapia (4). Fallon won the first game against Fernley in the three-game series. (Steve Ranson/LVN)