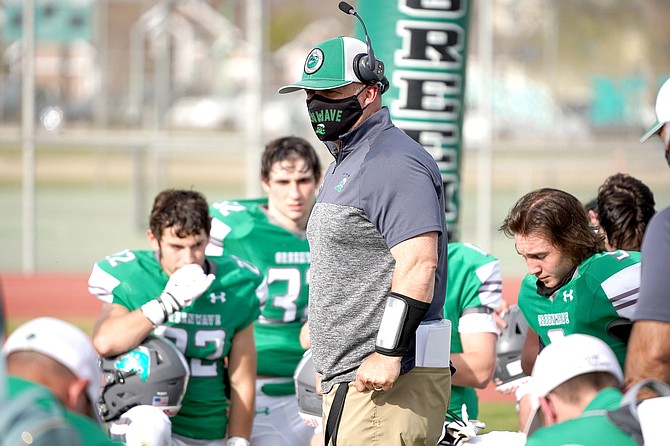 Fallon coach Brooke Hill was selected the 3A East’s Coach of the Year after leading Fallon to an undefeated season.