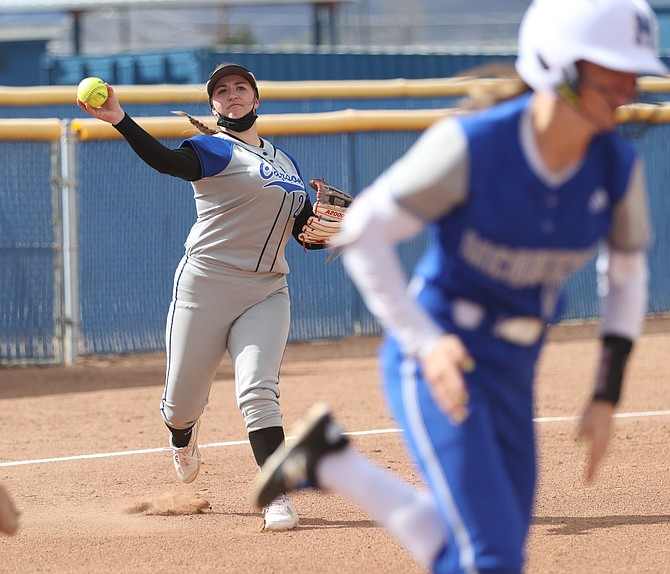 Amaya Mendeguia throws to first base against McQueen last week for a put out. Mendeguia and the Senators swept Bishop Manogue this weekend in a doubleheader. Jeff Mulvihill, Jr. | InstaImage