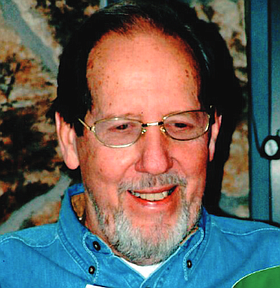 Emory was born in Pine Bluff, Arkansas and attended school in Monroe, Louisiana. He joined the Navy in 1950 at the outbreak of the Korean War and served 3 tours-of-duty as a Radioman onboard the Navy Destroyer USS Lofberg DD759. Emory’s ship received numerous campaign medals and citations for conspicuous action while engaging the enemy North Korean forces. While in the Navy, Emory met and married Betty Lee of Van Nuys, California and had three children. When he was discharged in 1955, the family moved to Southern California where he worked for the Los Angeles Dept. of Water and Power.

In 1960, Emory joined the U. S. Coast Guard and spent 5 years on Kodiak Island, Alaska. After retiring from the Coast Guard, he moved to New York City where he met and married his second wife, Anne Morris in 1973. Later, they moved to Hillsboro, Oregon where he owned and operated a successful industrial catering business. Emory moved to Carson City in 1985 to be close to his grown children. Here he was employed as a Revenue Officer for the Dept. of Taxation where he met and married Jody Lynn Cumings. He and Jody enjoyed travelling and get-togethers with family and friends as often as possible.

After the tragic death of his son, Darryl Lee Crews, Emory retired in 1995. He devoted his time working as a Victim’s Rights Advocate. He worked extensively promoting Truth in Sentencing Legislation at the Nevada State Legislature. He also volunteered for RSVP and was hired by the Carson City Sheriff’s Office as a Volunteer Coordinator. Emory worked for the State Legislature during 6 sessions where he made many friends and had many wonderful experiences.

Emory enjoyed keeping in contact with his high school classmates and Navy shipmates. He also enjoyed working on family genealogy and writing his memoirs. Among his many accomplishments is writing and publishing his memoir book, “Seasons of My Youth”.

Emory’s survivors include his wife, Jody of Carson City, his daughter and son-in-law, Cheryl and Dennis Mitchell of Grants Pass, Oregon and son and daughter-in-law, Jeffrey and Karen Crews of LaGrande, Oregon, along with his numerous grandchildren and great-grandchildren.

Walton’s Funeral Home will handle crematory arrangements and the family will hold a private memorial in celebration of his long and wonderful life.