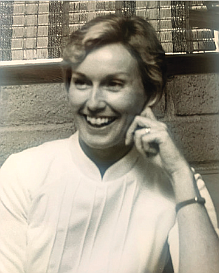 RoseMary (Tootsie Thomsen) Laird, age 83, passed away unexpectedly on Sunday April
11, 2021. Her husband of 66 years was by her side.

RoseMary was born September 4, 1937 to parents Frederick and Josephine Thomsen. She was born and raised in Centerville, NV along with her 8 siblings. She attended Douglas county schools and graduated from Douglas high in 1955. She married Ivan Laird in September 17, 1955 in Carson City, NV. They went on to raise their 3 daughters Theresa, Joan and Stephanie.

RoseMary had a long career in healthcare working first at Carson Tahoe hospital as an administrative assistant then going to work for local physicians until she retired. She continued to serve the community she loved by choosing to volunteer at Carson Tahoe Hospital for many years. The passion and caring that she provided to the community was carried on throughout her life in the love she showed to her family and friends. She exuded resilience, grit, humor, grace and love every day. Her children’s lives were enriched by her strong work ethic and compassion. She had varied interests which included horses, gardening and reading. She and Ivan traveled extensively throughout the world upon their retirement.

She was preceded in death by her parents: sisters Betty Freeman and Joann Foster: brothers Robert, Roy, Fred and Francis Thomsen.

She touched each of them deeply and with great love.

A reception to follow at 5637 Ethel Wy, Carson City, NV. In Lieu of flowers please make a donation to the local food bank or charity of your choice.