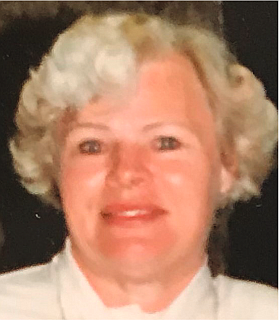 Our beloved wife, mother, grandmother, and great-grandmother passed away, from complications due to COVID-19 on Sunday, December 20, 2020, at age 86.

She had been a resident of Sunrise Assisted Living, Denver, Colorado, for two years. Delores was born October 23, 1934, in Leota, Minnesota, youngest child of Theodore and Lena Klindt Van Meveren. She grew up in simpler times, on a farm, attended Lucan public schools, and graduated with lifelong high school friends.

After graduation, she moved to Georgia to attend school and work for Southern Airlines, which greatly expanded her horizons. Later, she moved to Fallon, Nevada, and began working at the Naval base as a secretary. It was there she met, fell in love with, and married Frank Brown, following his service in the US Navy. Their early life together took them to Carson City, Nevada, where she resided for over sixty years, raising their family of four children. Delores was a homemaker, an excellent cook, and devoted wife, mother, and grandmother, with her family as the priority throughout her life. She celebrated birthdays, holidays, family traditions and was always available to listen, and love.

She was an active member of The Church of Jesus Christ of Latter-day Saints where she had many close friends and is remembered for her love, kindness, and delicious homemade baked goods. Later in life, Dee developed her artistic skills, and became a professional artist, travelling around the country, making friends, and sharing her beautiful paintings wherever she went. She enjoyed travelling, including trips to Canada, Brazil, Yellowstone, home to Minnesota, or wherever her children lived, and a most memorable trip to France, with her son, Frank, to enjoy magnificent art and food. After the passing of her husband, she continued pursuing interests in volunteering, reading, watching Jeopardy, and becoming a big fan of the SF Giants.

With courage and patience, she faced the debilitating effects of Pick’s disease and eventually moved to be closer to her family.

She was preceded in death by her husband and eternal companion, Frank E. Brown, her parents, and brother, Ted Dale. Due to COVID-19 restrictions, a graveside service will be held for immediate family at Lone Mountain Cemetery, Carson City, NV prior to internment.

A celebration of life will be held later in 2021