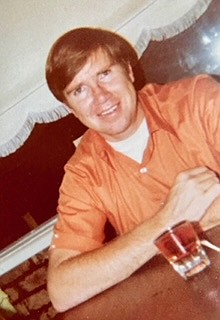 Garth Franklin Dull, beloved father, husband, brother, grandfather, and most recently promoted to great grandfather died peacefully at home on April 18, 2021, he was 81 years old. To say that our lives are forever
changed would be an understatement. Garth embodied everything inspiring in this world. He most definitely came from humble beginnings and soared farther than anyone could imagine. His personality made him a great leader who balanced working hard with having fun. His quick wit and sense of humor were always welcomed. We will miss the wonderful and insightful conversations we enjoyed at family get togethers.

Garth was married to the love of his life, Cheryl, for almost 34 years. Together, they travelled the world and had many exciting adventures. They also had a successful consulting business together for many years.

Garth was born on November 30, 1939 in Douglas, Wyoming to Marcia and Lee Dull whom have preceded him in death. He is survived by three siblings, David Dull (Janet), Sara Couste, and Anne Rutledge. His daughters, Cheryl Price (Greg) and Sydney Stevens (Kye) are his biggest fans and blessed him with five grandchildren and one great grandchild:
McKenzie Anderkavich (Joey), Cameron Price, Kylie Stevens, Cole Stevens, Landon Stevens, and Deklyn Raine Anderkavich.

Garth was a great example of what can be accomplished in life. Garth and his brother David have been on their own since they were 15 and 16 years old. Given their difficult circumstances, both managed to graduate high
school and move on to compelling careers. Garth began working for NDOT (Nevada Department of Transportation) in 1960. In 1962, he was drafted into the army where he spent 3 years in Germany. Upon his return, he continued his career at NDOT where he received numerous promotions, continued his education and was in fact the first graduate of the EIT (Engineer in Training) program at NDOT in 1975. From there, he was promoted to Chief of Road Design and eventually Deputy Director. He retired in January of 1995 as Director of NDOT where his impact is looked upon with great respect.

Garth was also a master of great habits with daily workouts and reading. He was also passionate about travelling and hunting. He was an avid hunter his whole life which took him from Alaska to Zimbabwe, Africa. The inside of his house boasted many animal mounts including a full mount bear named Ivan. His doll sheep mount proved to an award-winning trophy. He was and always will be the inspiration of doing what makes you happy.

We will miss you and our lives will never be the same. No doubt each and every family member felt your love because you were never shy about expressing it. Both Cheryl and Sydney do not remember a time where a
conversation in person or over the phone did not end with, ‘Dad loves’. We love you so much and we will carry our memories with you forever in our hearts.