Nevada gaming win bounces back in March to over $1 billion 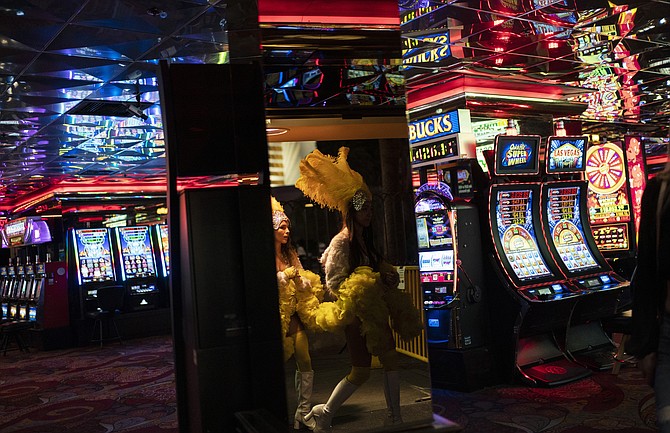 Buskers dressed as showgirls walk into a casino along the Las Vegas Strip on Feb. 10. For the first time since the pandemic began, Nevada’s gaming win exceeded $1 billion in March. (Photo: John Locher/AP, file)