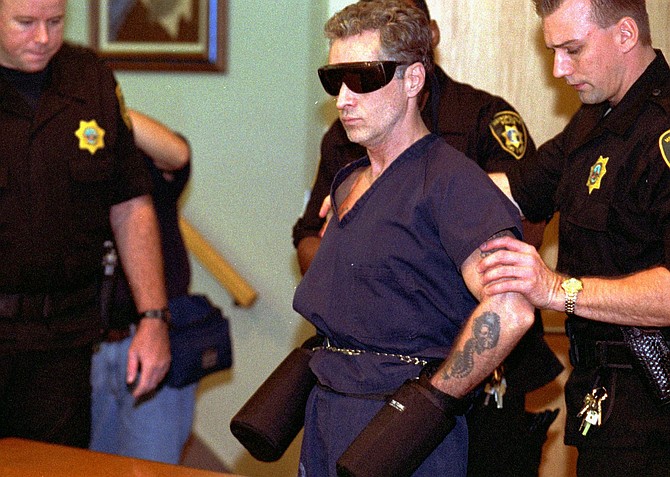 Death row inmate Patrick McKenna is escorted into district court under tight security to decide where his death penalty hearing will be held on Aug. 3, 1996, in Las Vegas. (AP Photo/Jack Dempsey)