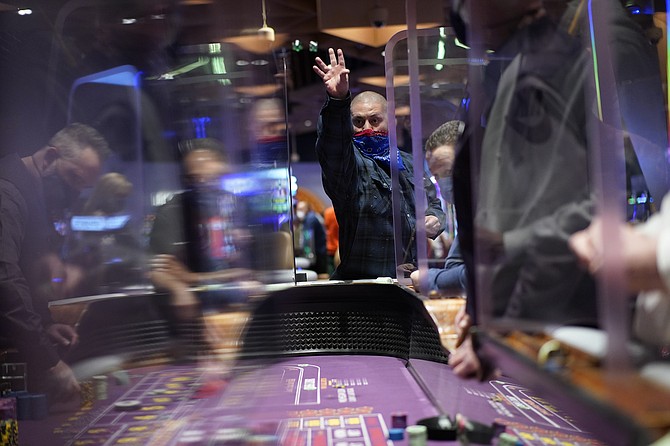 People play craps while wearing masks and between Plexiglas partitions as a precaution against the coronavirus at the opening night of the Virgin Hotels Las Vegas on March 25. (Photo: John Locher/AP)